Maybe I Just Wasn't Made For These Times

I'm and old fashioned guy.  I like my Sundays off, a beer in my hand, the football game on the tube, and I 'look' at the TV not watch it.  My idea of a good time is a BBQ on a sunny day or even just spending time with the wife playing cards.

Posting here on the internet is a bit of a high tech thing for me if, if you really want to get down to it.


So when my wife informed me that we were going to a wedding in late October the picture in my mind was already set for what it was going to be.  Black tie affair (I actually don't mind getting dressed up every now and again), dresses and of course the gift. Although my wife told me it will be a bit different with that this time.

I actually haven't been to one in quite some time so when Maggie told me that it was a daughter of a friend of the family, well that just means it'll be a real good time.  So Charlie and Ruth (Maggies parents) came over the other night and the ladies were gushing with talk of all the plans.

It seems that Maggies idea of a dream wedding, the kind that would be non-stop fun, is a "Casual Wedding".  I have to admit I was a bit confused.  I'm used to white and black and ties and such and here they are talking about colors and sneakers and cans of beer!

Not so long ago I bought the wife an Ipad, something our son said she'd really love once she got the hang of it. I'm more of an 'inside the box' kind of thinker, whereas Maggie is outside.  Well it seems that another friend of the family specializes in specialties for weddings and babies birthdays and such. Mainly shoes and boots that she puts sparkly things on.  She's a real creative girl who is actually going to BE at the wedding.

Now Maggie assures me that there is nothing for me to worry about. It's 'creative and cool' so she says.  She went on to say that maybe we can fool the kids into thinking we're just as hip if we get a pair of these shoes called 'wedding converse' ourselves.  She tells me they aren't just for brides and grooms as I don't want to show anyone up!

So I'm sure we'll have tons of pictures by the time it's thru, and who knows, maybe I'll get some ideas for when we renew our vows.  Elvis anyone?


Posted by EricNormal Blog at 6:04 AM

And So It Continues: 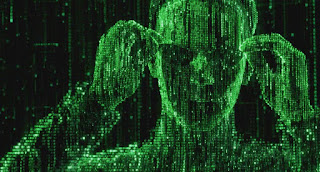 This blog is dedicated to what's going on in the world today and the important things that will shape our future. I’ve always been one of those people that has been addicted to newspapers and what the "real news" is in the world. Not simply what we are spoon-fed.  I also love big technical discussion about things that most people would find boring. Wordplay is a favorite of mine and fun with metaphors is something I try to test myself with.

I am an independent thinker.

Since this is a blog about things that shape the lives of all of us, the topics that you will see me post mostly have something to do with them or are entirely about them. I love being updated about the things I may have missed.

Now this isn't to say that I am all serious all the time.  I am one who knows how to relax and blow off some steam or simply live life.  I kayak, cosplay, camp, and love computers.  I'm a big fan of sailing, archery, and I have a Pug named James. See?  I can keep it light.

If you like my posts or want to say something about them, you can leave a message through the comments section. I make sure I check my blog everyday so I’m sure I can get back to you if you have questions about my posts.

Since there are so many things all over the world that happen that I'm not privy to, you can also recommend topics that you would like me to post about. I want us to exchange information so don’t hesitate to contact me anytime.

Posted by EricNormal Blog at 8:30 PM No comments: